They say there are two types of travelers: those who prefer to pack their itinerary with as many activities as humanly possible, challenging the limits of how far 24 hours can go; and those who like to move more slowly, savoring a place like one would an expensive and elaborate dish. Many identify themselves as one or the other, but for people like Lexter Tarriela—whose work demands a constant state of transience—the notion of travel can be a little more complicated.

One of the most respected production managers in the film industry, Tarriela has worked behind some of the most critically-acclaimed Filipino films to date. His repertoire extends across a variety of genres: from romantic comedies to period dramas, demonic thrillers, and historical biopics. As a production manager, it was his job to oversee the planning and execution of all logistics needed for actual production, which included finding the right locations. And after spending over 10 years jumping from one film to another, always on the hunt for the perfect location, the veteran producer can confidently say that traveling for a living is never always as glamorous as it sounds.

For someone whose job requires him to be out searching for various types of locations, the prospect of hibernating in a five-star hotel is often more attractive.

“It’s actually very stressful,” he says to me, as we meet in a coffee shop somewhere along the bustling food junctions of Tomas Morato. The day is nearing its end when I catch up with Tarriela, but he has a few more meetings to attend after. He pulls up his laptop and candidly shows me the rest of his month’s calendar, color-coded and marked with all kinds of appointments: shoots, oculars, pre-production meetings. Slowly, we get into the thick of things, and he tells about his experience setting up one of the biggest productions in Philippine cinema, the historical epic Goyo: Ang Batang Heneral (2018).

“Goyo was the biggest production I handled, and I consider it an ‘achievement unlocked’ in my career,” he says. Though no stranger to producing historical films—Tarriela was also one of the three production managers to the previous film Heneral Luna in 2015—he admits that working on Goyo had challenged everything he knew about line producing. Unlike in Heneral Luna, Lexter was the only production manager for Goyo, where he handled location management, shoot logistics, and production schedules. Though he had two junior location managers helping him out, Tarriela did most of the research and legwork during pre-production, which started as early as 2016.

One of the first places he visited was the historic Tirad Pass in Ilocos Sur, where General Gregorio del Pilar held his last stand. Together with director Jerrold Tarog, Tarriela climbed the 1,154-meter mountain and was swept by its gorgeous, alpine views. “Visually, cinematic-wise, it was very beautiful,” he recounts. But because it would have been a logistical nightmare to bring the crew and heavy equipment up the steep mountain, Tarriela had no choice but to find a different location.

To find the right location for the Battle of Tirad Pass, Tarriela reached out to the Department of Environmental and Natural Resources (DENR) who gave him a list of mountains that looked similar to Mt. Tirad. From the DENR’s list, Tarriela was able to narrow his choices down to between six to eight mountains, all of which he had to climb and survey. The search proved to be a grueling process, filled with frustration and fatigue, but it taught him to be sharp and meticulous. Nothing escaped his notice, not even the mountain’s flora—Tarriela had to make sure each site grew cogon grass which, according to key historians and eyewitnesses, was the plant that kept General del Pilar from anticipating the fatal bullet of the American soldiers.

Eventually, the crew settled for Mt. Balagbag in Rizal. At approximately 700 meters above sea level, the mountain held just the right elevation to support a team of almost 1,000 people. The verdant views atop Mt. Balagbag were as arresting as those in Mt. Tirad. It was, by all accounts, the perfect dupe. Still, for Tarriela, there were more locations to secure and more history to retrace. Locking down Tirad Pass was just the beginning.

Recreating history is almost like finding an old childhood photo and wanting to take then and now photos; you do everything you can to get the visual elements right, even if it means using art and artifice. In the same vein, Tarriela had to maneuver around various logistical and financial constraints to keep the director’s vision alive, from replicating settings in different locations to building an entire town. “To make our production systematic, I chose around five to six locations where we could shoot our scenes,” he explains. “So, for example, even if in history Goyo and his army were stationed at a river in Pangasinan, I had to find one that looked similar in Tarlac, since we were already shooting some scenes there.”

But in cases where it was impossible to find locations that were accurate to the original, Tarriela has no choice but to construct the set. The whole town of Dagupan, for example, where the boy general and his men dallied for five months, was constructed largely with the help of the production design team in an empty lot in Tarlac. “I couldn’t find anything like it,” Tarriela says. “All the other old towns were too modern, one way or the other.”

Tarriela had to maneuver around various logistical and financial constraints to keep the director’s vision alive, from replicating settings in different locations to building an entire town.

The last place that Tarriela was able to secure was the location for the Battle of Kakarong de Sili, which historically took place in Pandi, Bulacan. Then a lieutenant, it was del Pilar’s first real encounter with war. In the movie, he is knocked down by a stray bullet to the head, though according to the boy general himself, it was but a “negligible graze.” Though the scene had lasted less than five minutes, it took months for Tarriela to find the right spot. He even had to make his way up to Bulacan to visit the site of Kakarong de Sili which, to his disappointment, had been turned into a memorial park.

“Whenever I do a period or historical film and find locations like [Kakarong de Sili] that have been turned into a park or something else, I feel bad,” Tarriela shares. “In some way, these landmarks remind me that I’m a Filipino, and I wish that they had been maintained or restored [as it was] so that young children could really learn about what took place in our history.”

Production for Goyo took roughly six months to complete, during which Tarriela spent his days living inside a van. It was exhausting to say the least, but to him, all the hard work paid off at seeing the positive reactions met by the film. “The first time I saw it, I cried,” he says. “It was during a special screening for teachers in Cebu, and they were crying and clapping. For me, if they can pass that knowledge on to their students, I know I’ll even be happier.”

On whether or not his career has affected the way he travels, Tarriela laughs ironically: “I hate traveling! Whenever I go abroad or out of town [especially with family], I just want to stay in my room.”

For someone whose job requires him to be out searching for various types of locations, sometimes even on the day of the shoot itself, the prospect of hibernating in a five-star hotel is often more attractive than going around town, especially if it is a place he has already been to. Travel, for Tarriela, becomes exciting only when he gets to discover places that are barely on the map, in part due to the thrill of being let in on a secret destination, but also because of the things he learns on the road. Whether from historians, heritage homeowners, or even his own staff, Tarriela says his job teaches him something new every day. Working on Goyo was proof of that; it taught him more about Philippine history than school ever did, an experience that, while demanded of him greatly, was something he valued a lot.

His fervor to bring the Philippines in its entirety under the limelight; its multilayered histories, uncharted islands, and remote communities, is what fuels Tarriela to keep doing good work.

Despite his extensive work in the film industry, Tarriela knows he has barely scratched the surface when it comes to truly exploring the Philippines. While he believes that his work has enabled him to understand the country better, he recognizes that there will always be new things to learn. “I hope I can see and discover more places through my work,” Tarriela says. “You know, what really got me into this whole business was the film, Mulanay: Sa Pusod ng Paraiso (1996) with Jaclyn Jose. I’d seen a behind-the-scenes clip of the crew traveling by boat to the island of Mulanay in Quezon, to do a shoot and learn everything about the community there, the Mulanos.”

His fervor to bring the Philippines in its entirety under the limelight; its multilayered histories, uncharted islands, and remote communities, is what fuels Tarriela to keep doing good work. “Those kinds of experiences are what I hope to get more of, someday,” he says. 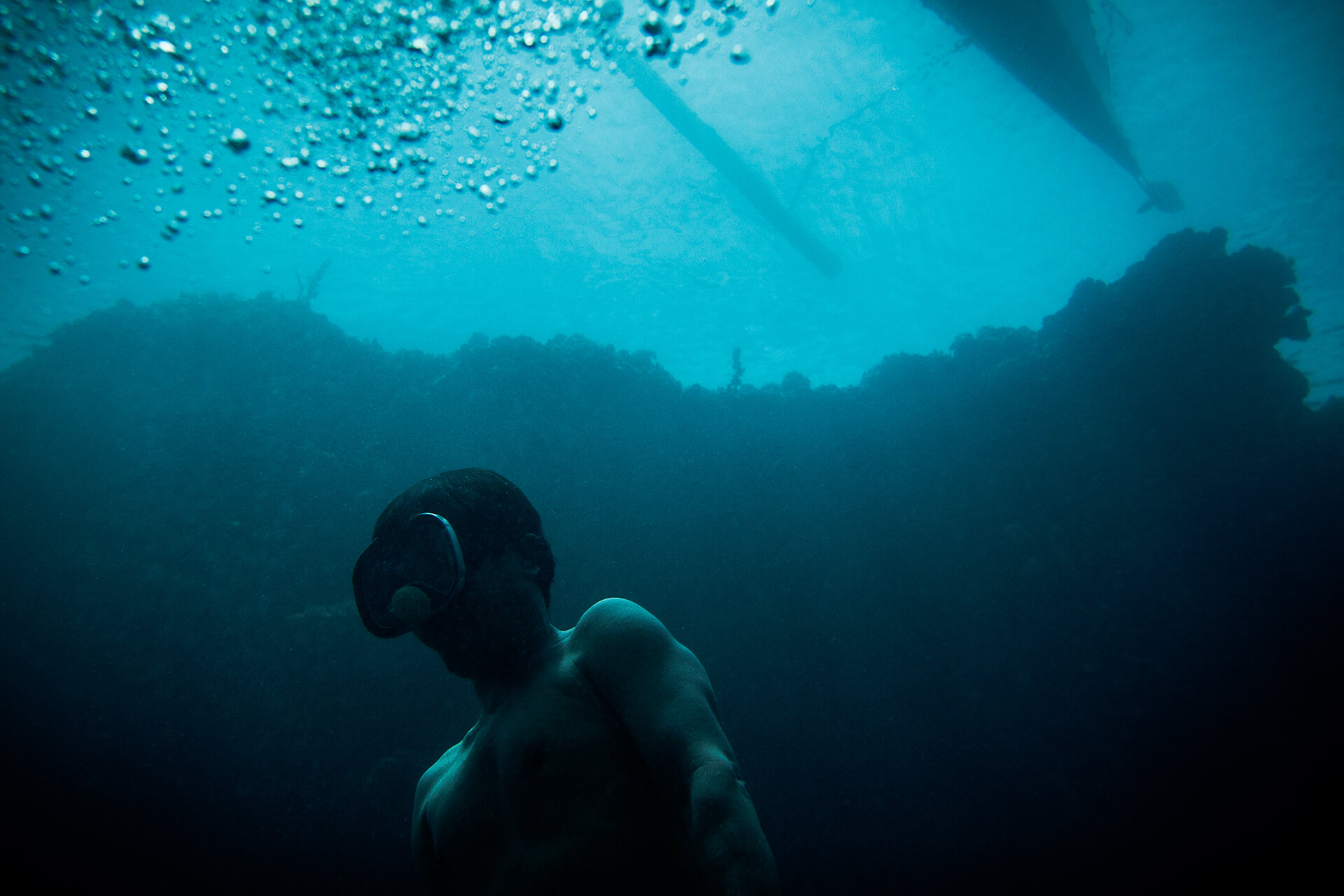 The world is more water than it is land. There are men who answer the call of that 71 percent of the earth, getting to know the world’s oceans in the most pure, most extreme way possible. 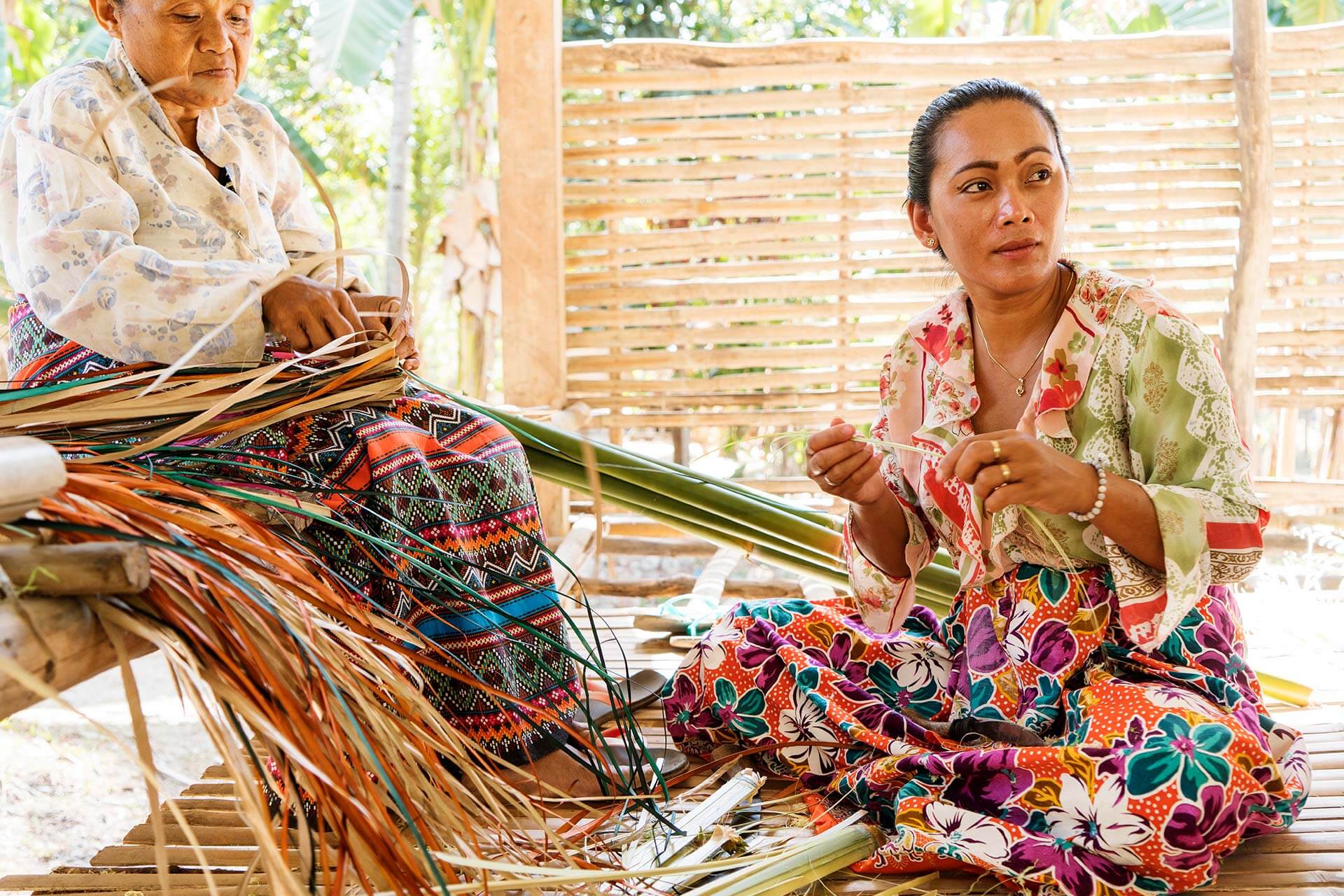 Palawan is known for its pristine waters and incomparable shores. But within the island lies a history of its people’s crafts that runs as deep as the waters surrounding it. 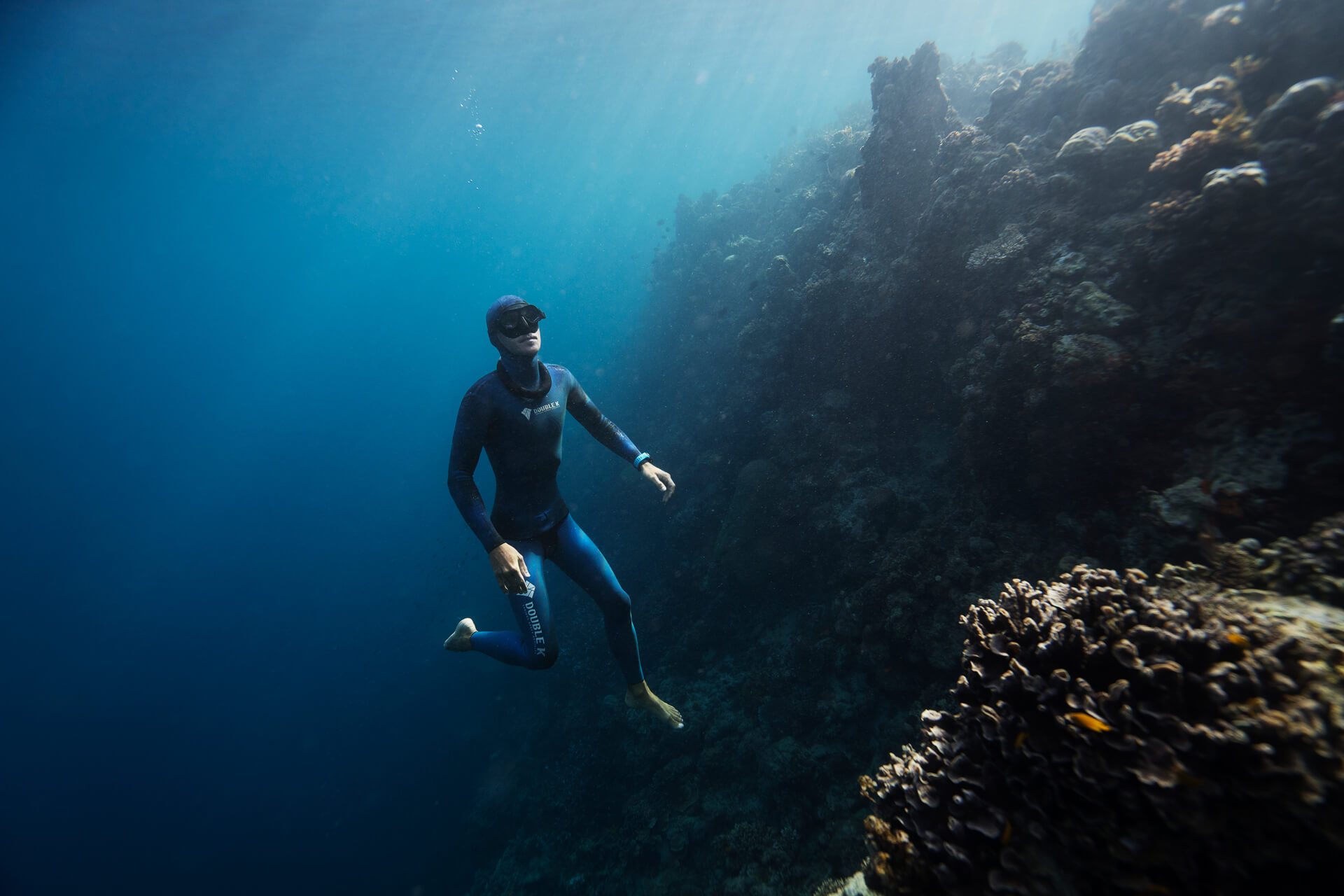 The freediving communities in Anilao, Cebu, and Panglao reveal the growing popularity of a sport that is as extreme as it is beautiful.