“Where are you from?” These four words comprise the most irksome question I get when I meet someone new. This seemingly benign query is a trap. Over the years, I’ve developed an arsenal of glib responses like, “I’m from my mother’s womb,” or “I’m from the future,” deflecting the identity conversation for fear that whatever response I give lends me susceptible to judgment and stereotype. “Are you a nurse?” or “Can you make me some lumpia?”

Living in a melting pot like New York City has also fostered a certain sense of transnationalism, where one can choose to be untethered to one’s country of origin, authoring a new functional identity based on a collage of cultures, credentials, and accents. Plurality trumped purity—the hapa-hybrid mentality as a marker of our evolution, our urbanity, and global citizenship. Since moving abroad, I’ve designed my visits to Manila to be just long enough to reconnect with family and a small circle of close friends, benightedly ambivalent to the evolving culture of where I came from.

Admittedly, I have not given being a Filipino much thought. But lately, I’ve had a change of heart.

As a living culture, I think that it’s necessary to periodically interrogate our national symbols to see how relevant they still are.

A few days before a recent trip, I stumbled upon the “It’s More Fun in the Philippines” video on a friend’s Facebook wall. A straightforward but well-visualized production using video clips, still images, and typography cut to a giddy tempo, the commercial crammed the Filipino’s penchant for the silly and the sublime in an exuberant three-minute segment. Tarsiers, dancing cops, beaches, Bay-wash, a fiesta for every day of the year—I was sold.

Commissioned by the Department of Tourism as part of its current international tourism campaign, the promotional spot also brings to fore the set of symbols and touch points we use to vivify our collective identity to a foreign audience.

For a couple years now, I’ve been researching the visual identity of countries, most recently writing about the nation branding of the world’s newest nation, South Sudan. Traveling to Juba, its capital city, gave me first person insight about how the South Sudanese designed and decided on their national symbols —the coat of arms, their banknotes, passports, the national anthem—the building blocks to this new nation’s identity. And this led me to think of the existing Philippine national symbols from my Araling Panlipunan classes. I remember this set:

But when I looked into it, it seemed that during the time I had been away, these symbols have changed. The national sport is now arnis, the bird is now the Philippine eagle and there are talks of updating our national dance to the Spanish-inspired courtship pax de deux, the cariñosa. Even the status of the sweetly modest sampaguita is threatened by the showy exotic orchid varietal waling-waling. How did this happen?
‍

By Philippine law, there are several ways symbols, emblems, and motifs can be elevated to the national brand identity suite. They can be coded into the Constitution, like the national language; or they can be listed in the Flag and Heraldic Code (Republic Act 8491) like the national anthem; or backed by a successful legislative bill and confirmed by the President. For example, Ramos traded the maya for the eagle and anointed the pearl as the national gem and Arroyo made arnis (eskrima) the national sport. Last February, Bohol First District Representative Rene Relampagos filed the “Philippine National Symbols Act of 2014,” seeking to preserve, promote and expand the extant set of national symbols. He proposed to bestow official status to the following:‍‍

It appears that Jose Rizal, our single anointed national hero, has been (and remains) out of status all along.

The notion of updating our national symbols is endlessly captivating to me because I’ve always thought they were non-negotiable. When I memorized them in grade school, they seemed set in stone, coded in books, posters, study guides and folklore. In the same way that we uttered the same words during flag ceremony every day, I grew up thinking that the original set of symbols were unimpeachable—ontological signifiers about our collective identity that could never be challenged.

Now I hear that even the words to the patriotic oath (Panatang Makabayan) had been updated. It appears that everything—anything—is on the table. The Philippines as a nation and as a concept might be up for a redesign.

Why are national symbols important, anyway? I can think of three reasons. Foremost, these symbols actually serve a practical purpose—as unique signifiers to mark our territory and boundaries, like a flag erected in the Spratly Islands, or an embassy abroad. Some graphic constructs in the national canon function are verifiers or markers of authenticity such as the coat of arms on top of a letterhead, a license, or a certificate. When propagated in schools, these symbols instill the formative and perhaps the most indelible notions of national identity in young minds.

The Philippines as a nation and as a concept might be up for a redesign.

On this trip, I coaxed my brothers and my dad to take me to National Bookstore in search of current Social Studies textbooks, curious to learn what kids are memorizing these days. For $25 each, I found wonderfully illustrated posters, essentially teacher visual aids published by Mabuhay Educational Center. I bought a poster called “We are the Filipinos,” denoting the diversity of ethnic groups across the archipelago, or one called “Foreign Influences on the Development of the Philippines,” about the Chinese, Arab, Indian, Japanese, Spanish and American influences that shaped our collective identity.

But my favorite is the poster called “Evolution of the Philippine Flag.” Starting from the first Katipunan flag from 1892, it presents a graphic timeline of the changes in our national emblem that remind us that we were born from a revolution and that we are in constant evolution. (It’s also curious to be reminded that our current flag was actually made in Hong Kong by Marcela de Agoncillo and Jose Rizal’s niece, Delfina Herbosa while in exile.)

This set of national emblems also serve as de facto visual assets from the country branding identity kit from which the creative agents like artists, designers, advertisers, authors, and writers draw from. This is in effect the working vocabulary of Philippine visual identity. And with rapid creative output, we see these tropes appear and multiply in the vernacular.
‍

Case in Point: The Republic of the Philippines is the only country to have a presence on Fifth Avenue in midtown Manhattan. Located three blocks south of Rockefeller Center, a stone’s throw away from St. Patrick’s Cathedral, the Philippine Center has two ground level display windows that are enviable diplomatic assets in the heart of one of the busiest pedestrian streets in the world. I learned that one window is always dedicated to trade and the other for tourism.

In December 2015, the trade window on the left (designed by Manila’s Department of Trade) features a Christmas showcase featuring a sparse grouping of capiz parols, with a rather hard-to-read testimonial from a North Carolina-based furniture manufacturer. The tourism window on the right features a video loop of the “It’s More Fun in the Philippines” campaign projected on a smallish freestanding screen, its glee is muffled by the cacophony outside.

Perhaps it’s the scaffolding that has obscured the distinctive adobe stucco façade for over a year now, but these displays always seemed to underwhelm me, at times appearing discordant or pleasingly provisional at best. I worry that these windows help cement a quaint image of my country seeped in colonial and pre-colonial tropes. I wonder if our windows to the world might be up for a redesign too? And I wonder if our country’s best set designers and visual merchandisers might be called to creative civil service duty?

We are co-designers, equally responsible and empowered to define, and redefine our evolving identities as much as any government official is.

As a living culture, I think that it’s necessary to periodically interrogate our national symbols to see how relevant they still are. Are they good ambassadors for our current priorities and proclivities? Does Rizal, the intellectual man of letters, still herald our temperament or do men of action like Bonifacio, Aquino, or maybe Manny Pacquiao deserve consideration? Does the Nipa Hut, our national architectural symbol, cast us in a pastoral agrarian landscape when in reality, much of the population now crowd in cities? And with our rich culinary heritage mirrored by the resurgence of our food industry, one can argue that it’s impossible to peg a singular national dish. Sisig or sinigang seems more convincing than adobo, which is generic to other parts of Latin America. And what about woefully uncomfortable and impractical bakya as the designated national slipper? Could we not consult Imelda’s shoe collection for a better proposal?

As important as they are, we should also not feel limited by the set of national symbols in circulation. Generating genuine and innovative expressions of our identity is a collaborative hands-on project. We are co-designers, equally responsible and empowered to define, and redefine our evolving identities as much as any government official is.

The current set of symbols is not a closed set but only a starting point—the streets, the sala, the drafting table are the essential venues for assembly and debate. In the same way that the DOT campaign presents a semiotic smorgasbord in its campaign, the variant, peculiar, gleeful, inventive, disobedient, unresolved, expansive, and creative expressions about what it is to be Filipino is to be Filipino, and where we can are most authentic and resonant. 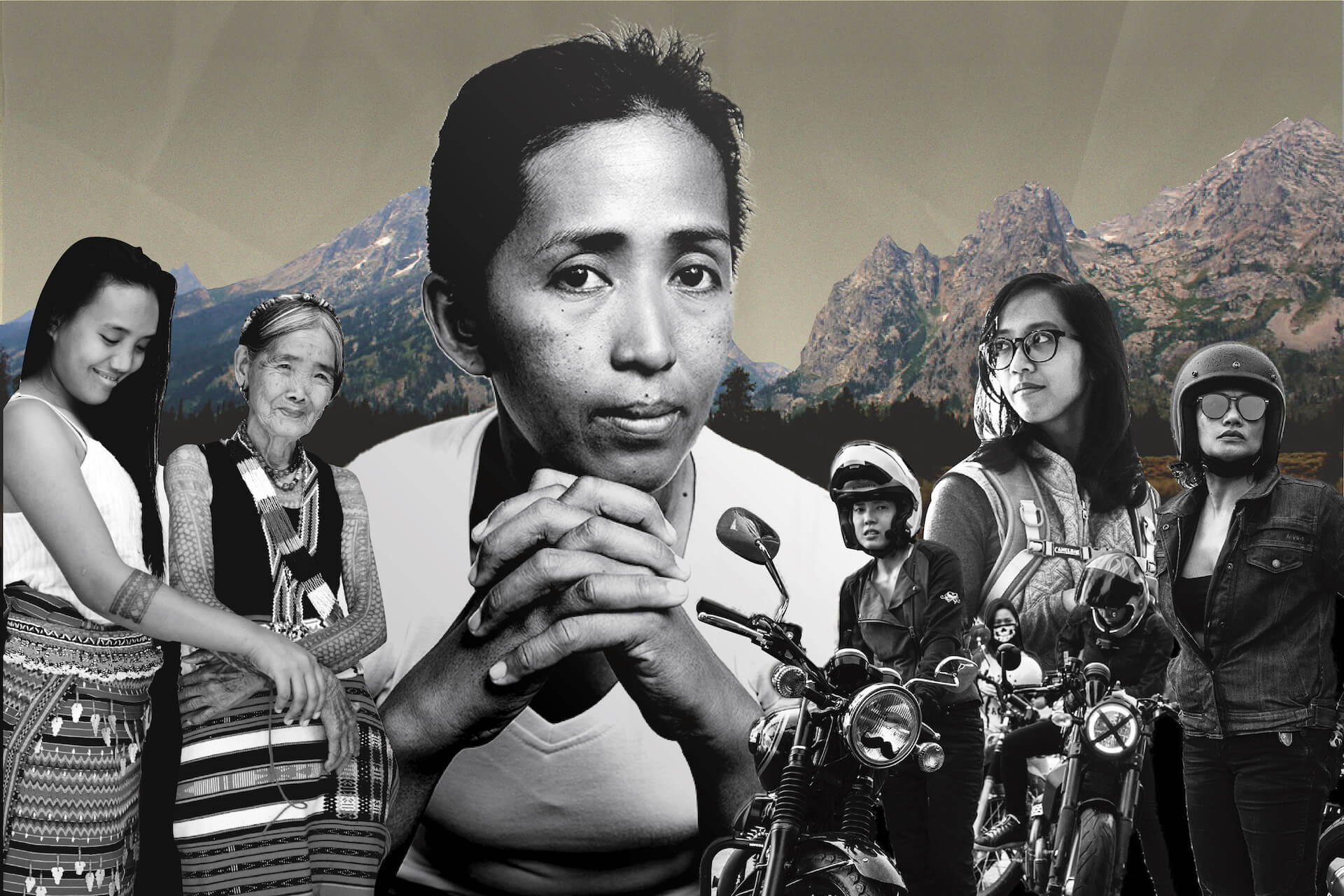 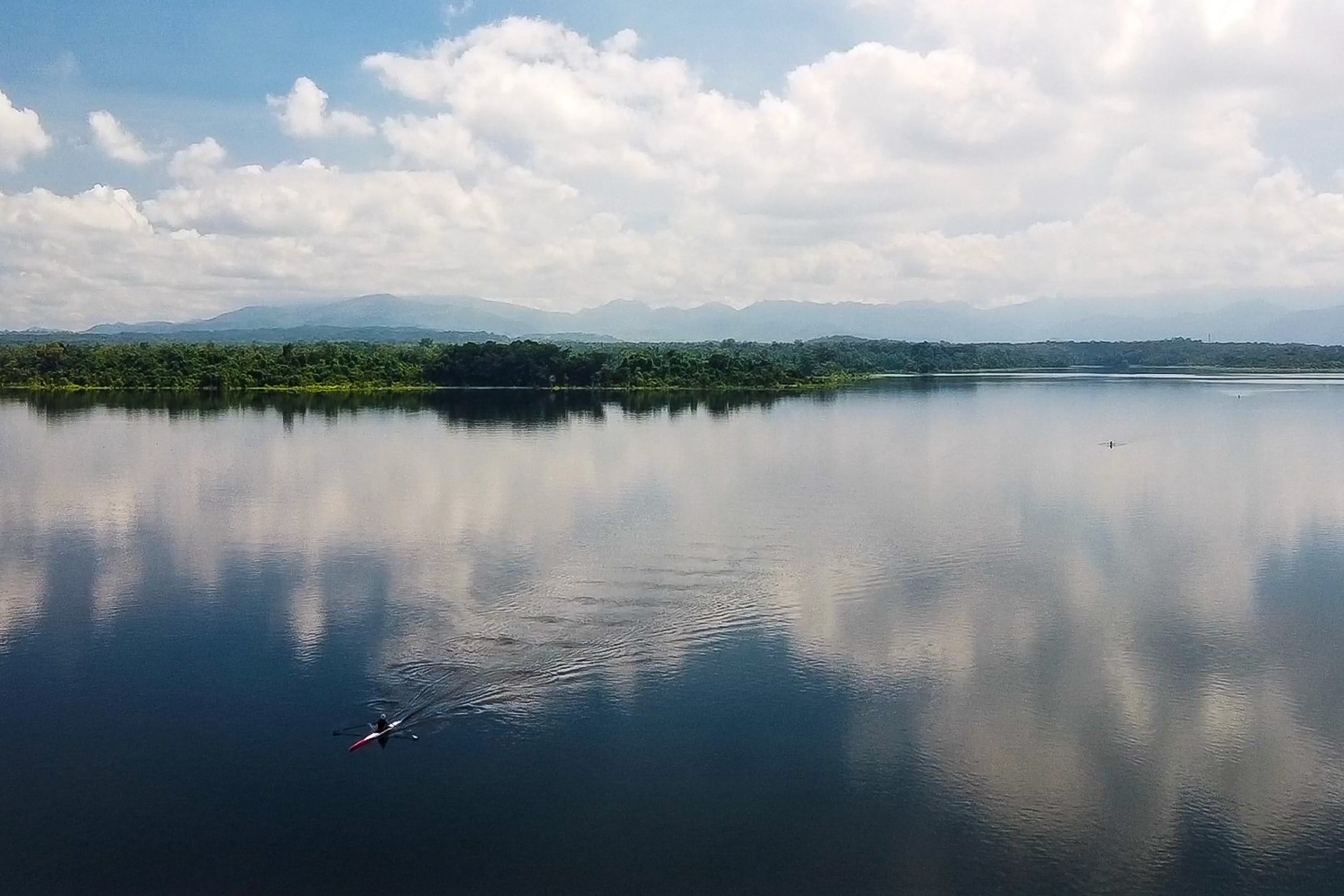 Philippine rowing is finally on the come up, thanks to a passionate community who are steering the sport in the right direction. 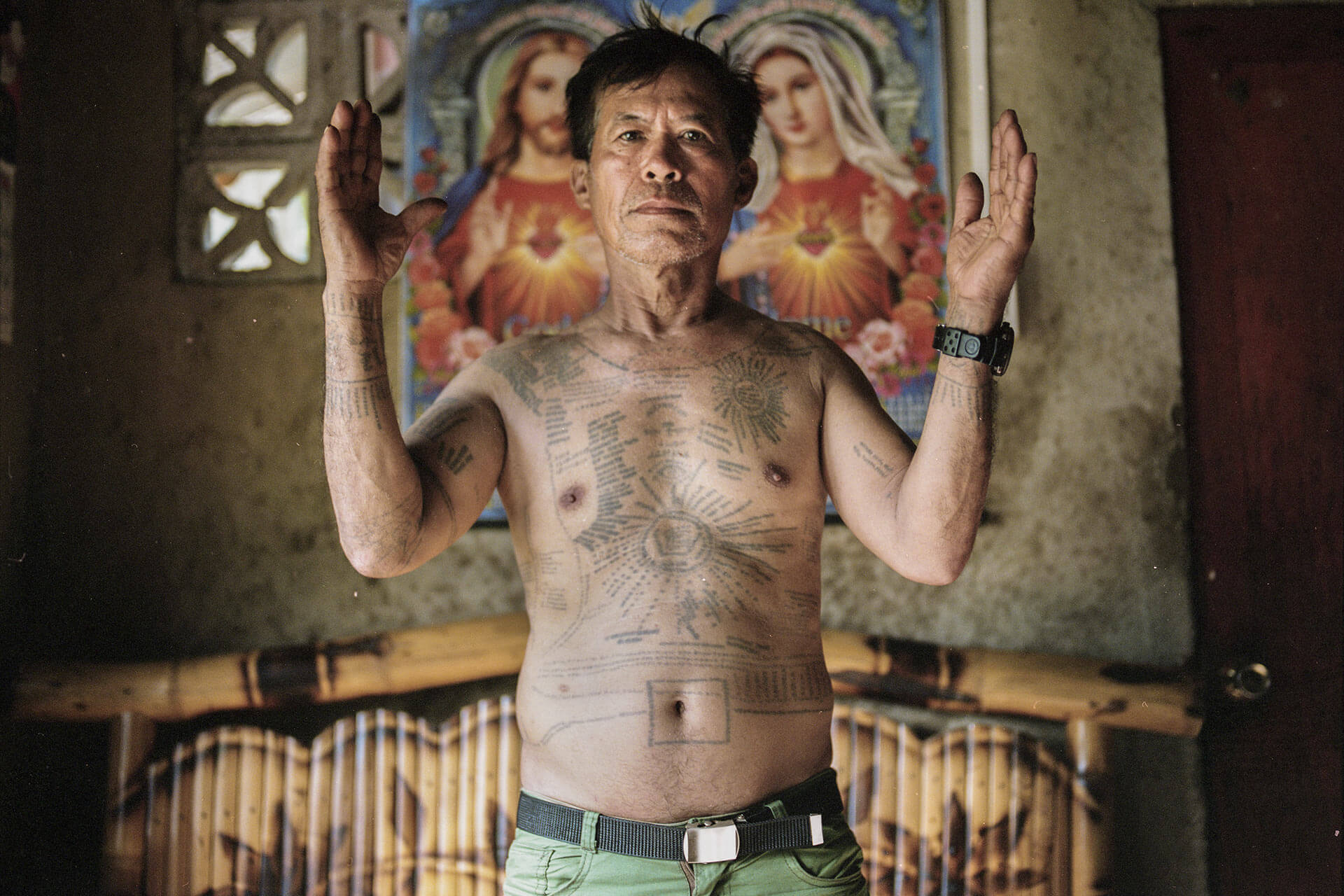 A return to the mystical island of Siquijor gives a second look at the magic found in the plants, the land, and the folk practices that have endured through centuries.