Manila goes cyberpunk in this locally made tabletop game

This card game is designed to show you Manila’s dystopian future, and buying it might help keep it at bay. 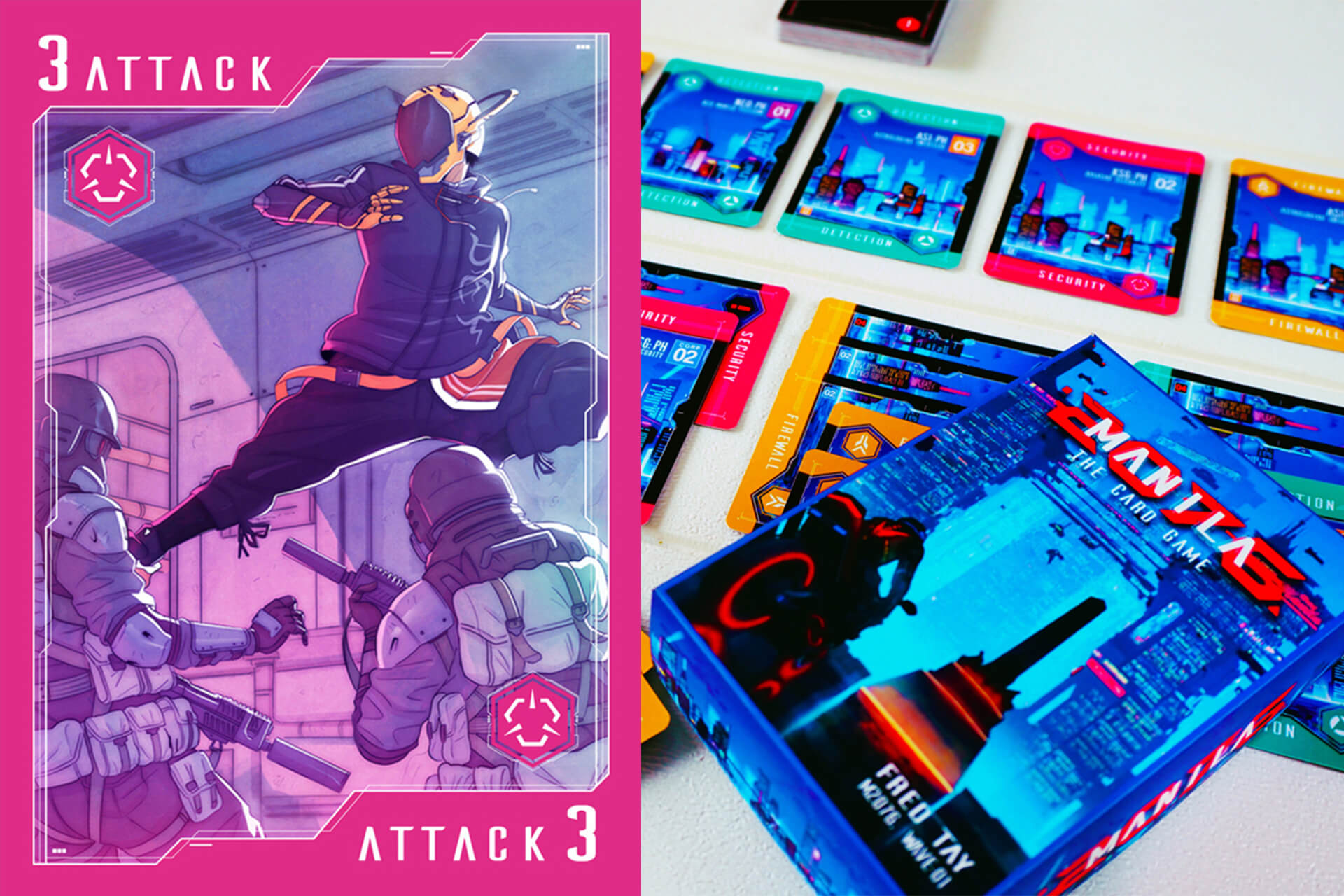 What will Metro Manila look like in 2076? That’s the picture the tabletop card game Manila 2076 (no, gamers, it’s not a throw to Cyberpunk2077!) is trying to paint: a cyberpunk-inspired dystopia with Metro Manila’s soul thrown into the mix.

We all know cyberpunk, whether or not we know its name: it’s the futuristic, dystopian, sci-fi quality we find in pop culture shows and games like Blade Runner 2049, Ghost in the Shell, and Altered Carbon. If you stop to notice, like game designer Fred Tay has, these places are often set in big cities like Tokyo or Hong Kong, even though we have Metro Manila right here, ripe for colorful world-building.

“We have so many cool locations here,” Fred says. “I'm one of those people always in Greenhills or Virra Mall, since my PlayStation 2 era surrounded by counterfeit games and imagining what it would be like in the future. There's a chaotic energy in these places.”

"Imagine walking down the crowded alleys of Neo-Divisoria as you look for your black market fence, or browsing bootleg wares in the tiangge of Neo Virra Mall," reads Manila 2076’s press release.

Manila 2076 can accommodate two to four players, and a cooperative version is in the works. In its current iteration, it’s a push-your-luck type of game that pits players against one another. They have to strategize resources while trying to defeat the mega corporation that’s taken over Manila It’s set in the year 2076, according to Fred, because that’s going to be an election year.

“I really want to tell stories that are very rooted in Filipino culture and express these through card game mechanics; you can actually immerse your players into the world. You can tell a good story through game art and mechanics.”

The game’s art was produced by artist Borg Sinaban, the artist behind the award-winning fiction series Janus Silang.

Manila2076 has been in works for the past three years, but it's finally available for sale via Board Game Express on Facebook and Shopee. A set costs P1,000, and all the proceeds go to AHA! Learning Center, a local non-profit that aims to help Filipino public school kids in need.

“The Last Tattooed Women of Kalinga” is back on exhibit

The award-winning photo series by Jake Verzosa is up for viewing for a limited time.

Five Things To Know About Trese Before It Drops

The hype for Trese is real. Before the show drops on Netflix this Friday, here's a peek into what it took to get to this point.

An endangered pygmy blue whale was spotted in the Bohol Sea

The blue whale named "Bughaw" was first spotted off the coast of Dumaguete City.

It's a Strange Time to be a Travel Magazine

The last few weeks have asked to re-evaluate the ways in which we live, and take stock of what truly matters.