Seeds from the Future

ANi (The Harvest) offers a bold and practical take on local science fiction.

Look through the lens of most popular science fiction films and literature, and see that the future ahead of us is rot spray-painted in shiny chrome: flying cars gleaming under the gun–metal gray sky, neon-lit skyscrapers of late-capitalist wonder. A ruling class living in fully-automated luxury space stations, while Earth-bound chumps trade tech scraps in the streets, bathed in the forever fog of hyper-urbanity.

This is no longer a far-fetched fancy. It is the logical conclusion of our current boring dystopia: boiling seas, unbreathable air, synthetic food, and simulated realities. Heavy reliance on technology to distract ourselves from rising global fascism and the surveillance state. Many millennials and Gen Z kids are choosing to go child-free in fear that there would not be much of a future to look forward to.

In defiance of this doom and gloom, young filmmakers Kim Zuñiga, Sandro Del Rosario, and Toni Zuñiga remain hopeful. They have a different vision of what the future may bring.

They are the minds behind ANi (The Harvest), a science fiction film in competition in this year’s Cinemalaya Film Festival. Set in the Philippines in the year 2050, the film follows the story of Mithi, an orphan sent to live with his grandfather in a farming village in Bicol. When Mithi’s grandfather falls ill and the harvest starts to fail, the boy teams up with AN1, a malfunctioning robot, in search of magical grains that can save both his grandfather and their farm.

ANi’s juxtaposition of futurist technology and the agricultural industry is a bold and practical take for local science fiction.

“We didn’t want our film to be too far into the future, but we didn’t want it to be so near either,” says director Del Rosario. “2050 is just right. It’s futuristic, but still relatable for audiences.”

To build a believable world for ANi, the team dove through online articles and policy papers on predictive future trends and climate change. Co-writer Toni Zuñiga’s background in development work with the National Disaster Risk Reduction and Management Council allowed them access to speculative maps of what the Philippines would look like in the future. Many of these studies named the Philippines to be one of the most vulnerable countries due to climate change. Between rising sea levels and a foreshadowed earthquake ominously named “The Big One,” most of the islands are projected to be underwater by 2050. Manila, they say, would be no more.

This prediction is the backdrop for the film’s story. With cataclysmic natural disasters as background context, the film puts a charming coming-of-age story in the spotlight. Instead of the usual Hollywood gun battles for survival in a cyberpunk apocalypse, ANi’s hero is a boy learning to plant seeds in the ground.

“We wanted our hero to have that childlike fascination with the world,” director and co-writer Kim Zuñiga says. “He’s growing up in an almost unforgiving world, but he still sees positivity around him.”

Between rising sea levels and a foreshadowed earthquake ominously named “The Big One,” most of the islands are projected to be underwater by 2050.

ANi’s juxtaposition of futurist technology and the agricultural industry is a bold and practical take for local science fiction. The Philippines is in that awkward position of development— where cosmopolitan youth consume global culture and tech but many are still economically tried to the land and plow. Can science fiction flourish in such a place? When our sun-scorched farmers lay down at the end of the day, do they dream of the vastness of the universe?

Toni Zuñiga thinks so. He implies that it also works the other way around: that the universe’s dreams are made up of stories of farmers and other so-called “small people.” He points at the current trend and strength of genre films all around Asia. “Genre films have specific formulas and tropes, like horror or sci-fi. But a good genre film has a universal story. This can be a lens to highlight our cultural elements and folklore, making our local stories global.”

Asked if the Philippine market is ready for science fiction and other genre films, the ANi team readily rattle off their cinematic influences: from Blade Runner to Chappy, to cult Filipino superhero film Batang X. Our movie theaters, Netflix suggestions, and favorite TV series are already full of Western genre films. The audiences are ready. It’s time for creators and producers to fill the demand.

The risks, however, are great. As of now, local genre films are an unknown quantity. There is no guarantee they will make money in the box office compared to tried and tested romantic comedies. On top of this, the technical demands of creating believable science fiction worlds through good visual effects require time, money, and manpower.

The team knows this well. The entire film was shot in just 13 days because the bulk of their time and efforts are in post-production: polishing character design assets, animating, rotoscoping, compositing—the works. They have production shots of actor Miguel Valdes on location, wearing DIY trackers all over his body. From there, an equally DIY farm render, made up of several personal CPUs inside the director’s bedroom, transforms the actor into AN1’s eponymous robot.

“One scene takes overnight to render,” Del Rosario says. They’ve had less than ten people working on post-production since January. As of writing this, they are still hard at work.

Instead of the usual Hollywood gun battles for survival in a cyberpunk apocalypse, AN1’s hero is a boy learning to plant seeds in the ground.

Budget-wise, the Cinemalaya grant and partnership with Black Sheep Productions have given the team just enough to keep paddling. For a film this ambitious, the 3.5-million peso ceiling budget under the Cinemalaya rules is too low, but the team has a vision bigger than themselves.

“Our film is a love letter from the future,” Toni Zuñiga says. Underneath the surface, ANi tackles themes like climate change, farmers’ rights, and the welfare of indigenous communities. “It’s a cautionary tale. If we don’t do anything now, what kind of world is waiting for us?”

ANi is a film bristling with hope, a lo-fi science fiction mixed with Filipino culture. Its hero’s name, Mithi, means “dream” or “ambition.” Its young filmmakers, raised on Western sci-fi, are striking out, planting their seeds and dreaming of a forest amid ruin, making a genre film with its eyes skyward, but its feet rooted in the earth.

ANi is one of the feature film entries in this year’s Cinemalaya Film Festival. For more information, visit http://www.cinemalaya.org/. 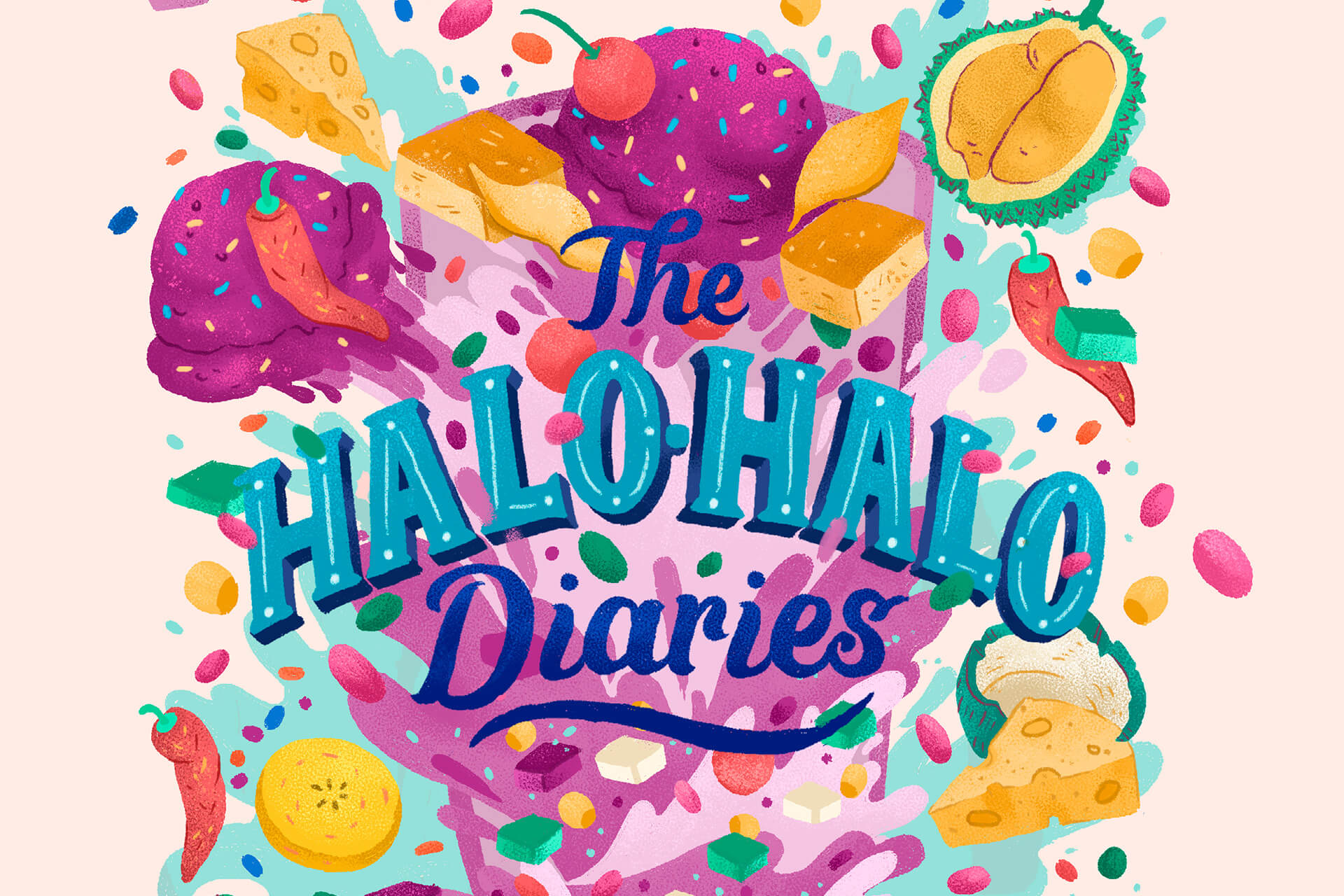 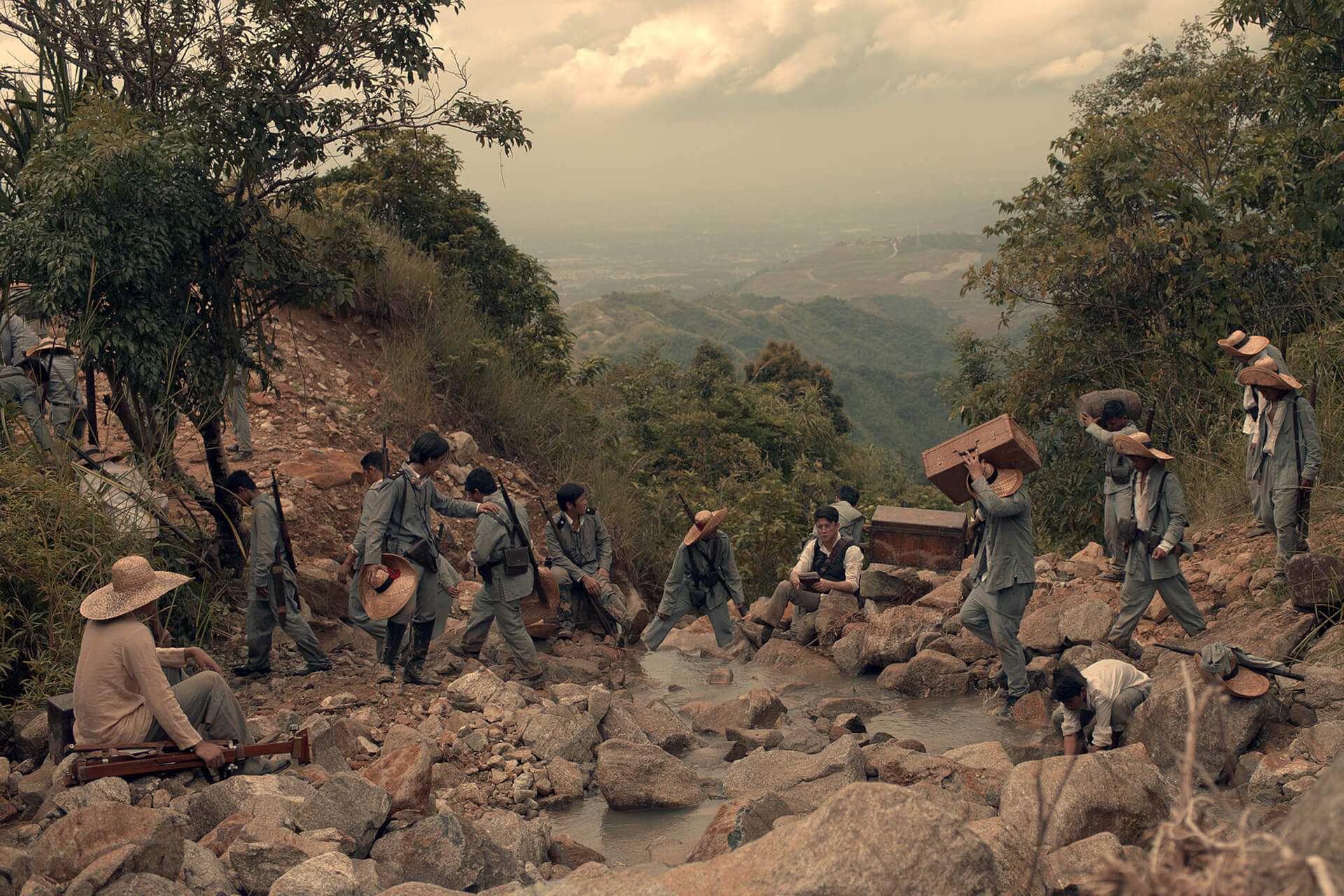 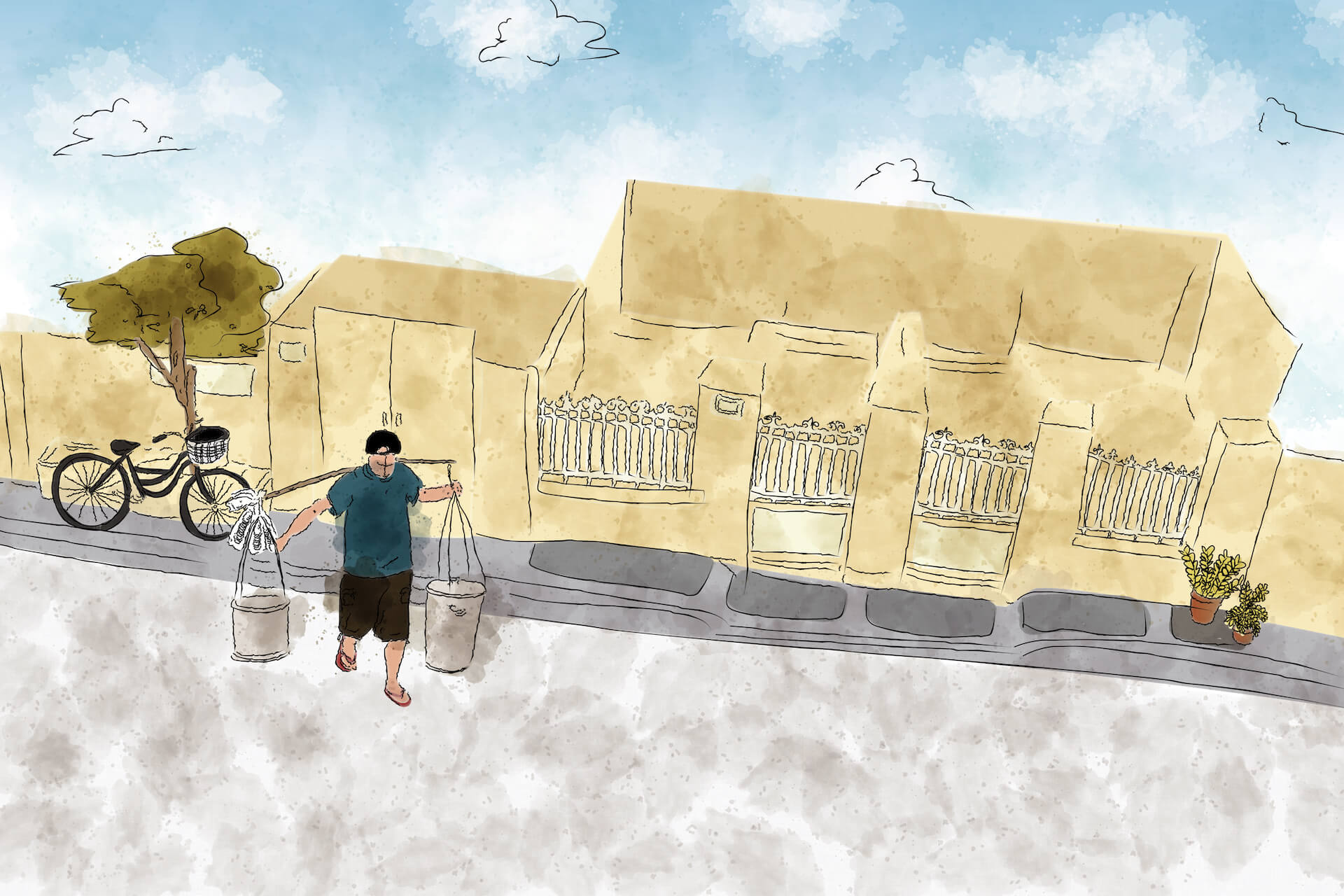 The Magical Properties of Taho

One taste of this quintessential Filipino snack can make a bad day a good one. What's in a cup of taho that makes it so magical? 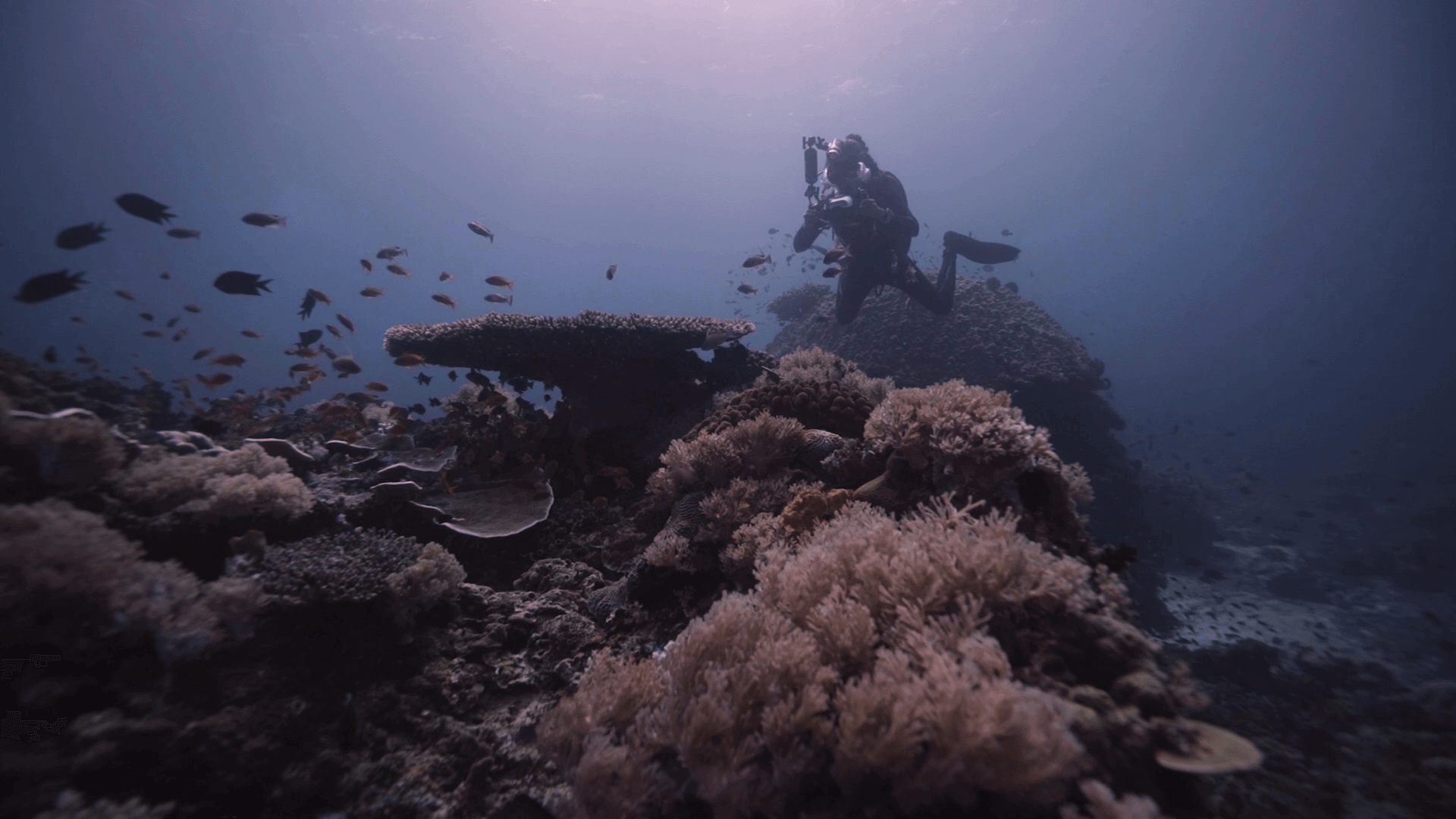 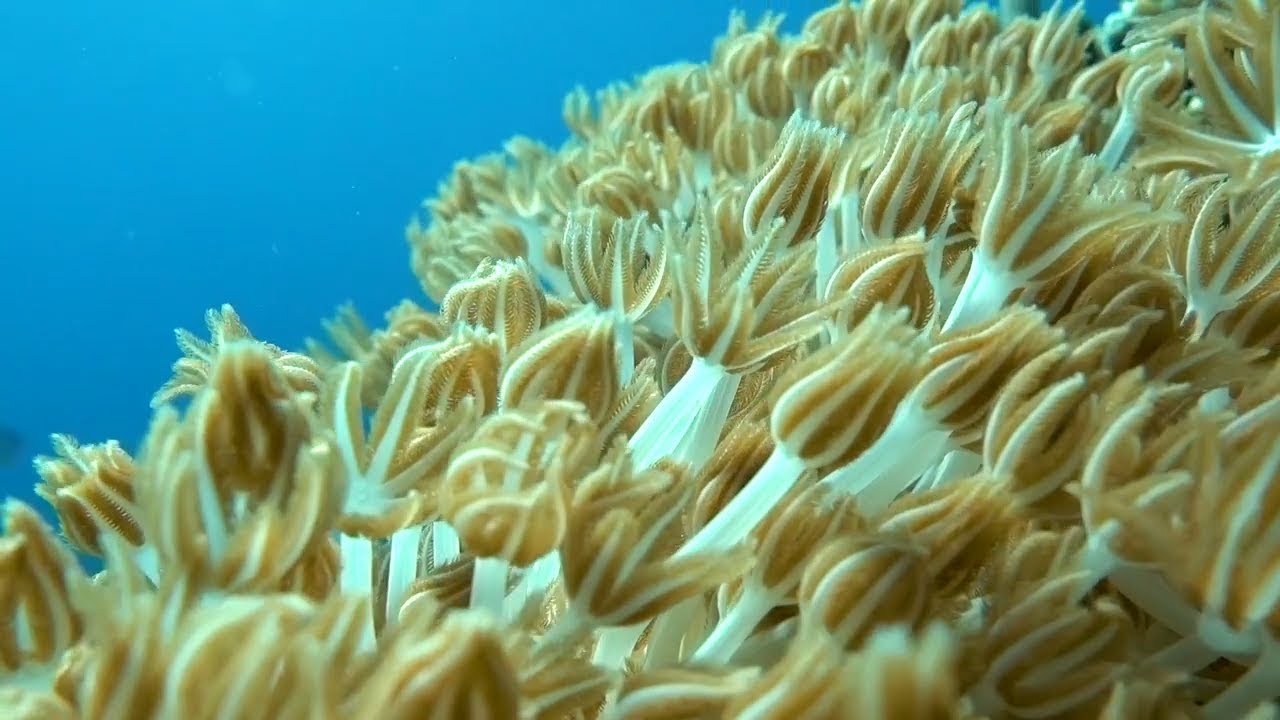